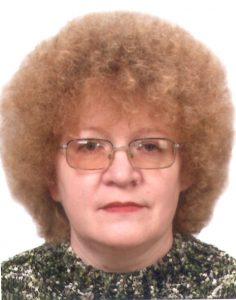 She has also begun work on the newspaper «Ecologist and Me». Because of an abscence of financing, since 2006 Ms Sliadneva has incurred all expenses under the edition and became the founder and the publisher of magazines.

Ecological knowledge of the population promotes public opinion formation in environment protection, provides realization of the ecological rights and duties of citizens in the field of preservation of the environment. The information and material offered is well recieved by readers with a desire to learn even more about environmental issues. As the result, her magazines distribution extends beyond territory of Belarus, into Russia, and other the countries around the world.

N. Sliadneva’s activity was recognized and also found a support from the side of Ministry of natural resources and preservation of the environment, the Ministry of Education, the Ministry of culture, training-methodical association of higher educational institutions of Belarus by ecological formation. Magazines are recommended for schools and country libraries, for use as in the organization of educational work with pupils and students, and in educational process.

N. Sliadneva has taken part in different competitions, round tables, projects and some of her activity is listed below: — The project “the Edition of the newspaper “The World of Animals” in 2002 with the support of the American Agency on the International development of the USA through fund Eurasia within the limits of the program «Save up dews white», carried out corporation «ISAR, Inc» in Belarus: the newspaper develops (is registered and the second newspaper is issued — “Ecologist and Me”).

Reasons why the candidate merits the Award

N. Sliadneva possesses a high sense of responsibility for the business, firmness and courage. Without having any professional journalistic education but only strong desire and enthusiasm, she has lifted the magazines on high and qualitative level, has made them the leading ecological editions in the country. It is necessary to mention that she has studied independently all the stages of the magazines’ edition. During an economic crisis when there is a closing of newspapers and magazines all around, N. Sliadneva made the decision, to cut expenses so as to be able to keep the magazines, and refused wages. All preparation of magazines is done on the computer she by herself. The fidelity she has shown to her business has drawn the respect of colleagues and she has been accepted as a member of the Public association “Belarus union of journalists”.

Her magazines have helped inspire a whole generation and helped develop creative abilities in others. After school many of them began to learn the ecology, literature, veterinary science, journalism, psychology and etc. For those who’ve selected journalism as a trade, her magazines have become a launching pad. Many have gained their first journalistic experience working on her magazines, which are very important for the higher education of young people.

Natallia Sliadneva’s success is a good example of an active and productive cooperation with NGOs and governmental structures, which she has done to assist with the ecological literacy and culture development of our society. Her name is known beyond the bounds of Belarus ­ on the Ukraine, Russia, Poland, Denmark, France, Switzerland and etc. She is utterly devoted to her work. She is held in the utmo0st respect and enjoys her partners’ confidence. She is always in search of new contacts, ideas, projects. She takes part in significant events, for example,  the Republican Ecological Forums, international scientific conferences “Sakharov’s Reading: Environmental problems of XXI century” and more.

N. Sliadneva responds to a question why she has decided to take part in the competition: “First of all, this dialogue with like-minded people. It is important to me to know that there are a lot of us, those who is not indifferent to life, to the problems of the Mother-earth, which are the problems of her children. Without it my existence seems senseless. The love granted to me by God helps me to survive as a person and the journalist, inspiring me to help others become more kindly and more tolerant. All of us need to learn how to appreciate the happiness of human dialogue, to become true owners of invaluable riches under the name of life. All the years of my journalistic life I never lost these the principles”. N. Sliadneva Home